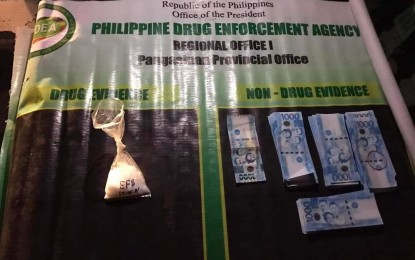 In an interview on Monday, DPCS deputy chief, Maj. Benjamin Raquedan, identified the arrested HVTs as Isidro Caita and Esperanza Talay, live-in partners and residents of San Carlos City, Pangasinan. They were arrested in a buy-bust in Barangay Caranglaan in this city on Sunday.

“We were able to confiscate from them estimated 50 grams of suspected shabu with an estimated value of PHP340,000,” he said.

Raquedan said the couple was considered as HVTs by the Ilocos Police Regional Drug Enforcement Unit as they allegedly supply illegal drugs in the third, fourth, and fifth districts of Pangasinan.

“They (Caita and Talay) were identified by the arrested street-level individuals as their source of illegal drugs so we conducted an operation against them,” he said.

He added the suspects tested positive for illegal drugs.

“They are now under our custody and the cases to be filed against them are being readied while the pieces of evidence collected were turned over to the crime laboratory,” he said.

Raquedan said the police will continue its operations against illegal drugs amid the holiday season. (PNA)