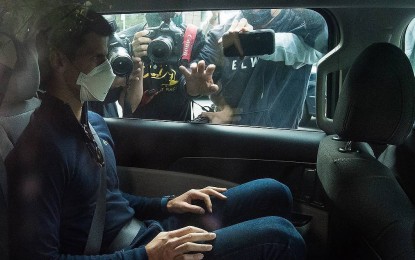 SYDNEY – The Federal Court of Australia rejected on Sunday the appeal of Serbian tennis player Novak Djokovic, who challenged the decision of the Australian authorities to revoke his visa and deport him from the country, Federal Court Chief Justice James Allsop said at the court hearing.

In accordance with the court’s decision, Djokovic will have to leave the country at the nearest time.

According to the legislation, the athlete will not be able to apply for an Australian visa for three years.

"The court’s job was to consider whether the decision made by Immigration Minister Alex Hawke was unlawful, irrational or legally unreasonable. The court found the grounds outlined by Novak Djokovic's lawyers failed to demonstrate that," Allsop said.

Djokovic was detained at Australia’s Melbourne Airport on January 5 after failing to provide proof of his medical exemption for coronavirus vaccines to Australian border control officers.

His visa was canceled and he was informed of the need to leave the country.

Djokovic went to Australia’s federal court, challenging the legitimacy of the border force’s decision, and won the case. (TASS)