U.S. Secretary of State Antony Blinken warned his Russian counterpart Thursday of “serious consequences” if Russia invaded neighboring Ukraine and appealed to him to seek a diplomatic solution to the conflict between the Eastern European countries.

Blinken’s warning to Russian Foreign Minister Sergey Lavrov came after the two senior diplomats met in Stockholm and one day after Blinken declared the U.S. would “respond resolutely” to a Russian attack against Ukraine, “including with a range of high impact economic measures that we’ve refrained from using in the past.”

“I think Moscow knows very well the universe of what’s possible,” Blinken said at a media briefing after meeting with Lavrov. “And we had a detailed conversation as well about the concerns that we have. And these include the potential for renewed aggression with military forces as well as some of the efforts that we see Russia taking to try to destabilize Ukraine from within.” 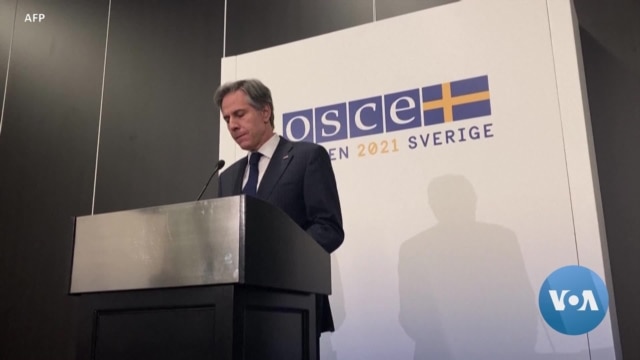 Blinken said before the meeting the U.S. would help Russia and Ukraine fulfill their obligations under a 2014 peace agreement aimed at ending the war between pro-Russian separatists and Ukrainian government forces in the eastern part of the former Soviet republic.

But “if Russia decides to pursue confrontation, there will be serious consequences,” Blinken warned.

Lavrov told reporters in Moscow that Russia was prepared for talks with Ukraine. "We, as President [Vladimir] Putin has stated, do not want any conflicts."

US Calls on Russia to Cool Tensions with Ukraine

Kremlin spokesman Dmitry Peskov said on a conference call in Moscow with reporters that Ukraine’s “aggressive and increasingly intensive provocative action” along the border with Russia raises concerns over a possible flare-up of hostilities.

After Blinken’s meeting with Lavrov, U.S. State Department spokesman Ned Price said in a statement that Blinken “reiterated the United States’ call for Russia to pull back its forces and return to a peacetime posture and to adhere to the Minsk agreements and a ceasefire in the Donbas.”

A senior U.S. official told reporters the meeting was “serious, sober and business-like.” The official said no agreements were reached in the talks, but the two sides agreed to continue dialogue.

Blinken earlier expressed concern about what he called Russia’s “aggressive posture” toward Ukraine as he met with Ukrainian Foreign Minister Dmytro Kuleba.

Kuleba said Ukraine would “continue to demonstrate restraint” while calling on allies to prepare potential actions that would make Russian President Putin “think twice before resorting to military force.”

Ukraine’s President Volodymyr Zelenskiy told members of the parliament Wednesday that direct negotiations with Russia were the only path to resolving the conflict in eastern Ukraine.

Russia and Ukraine have each accused the other side of massing troops in the area along their shared border. Russia annexed Ukraine’s Crimean Peninsula in 2014 and has backed separatist fighters in eastern Ukraine.

Speaking Wednesday in Moscow, Putin said his government would seek guarantees against NATO’s further expansion to the east and precluding deployment of weapons systems near Russia’s borders.

Oleksandr Yanevskyy contributed to this report. Some information for this report came from The Associated Press and Reuters. 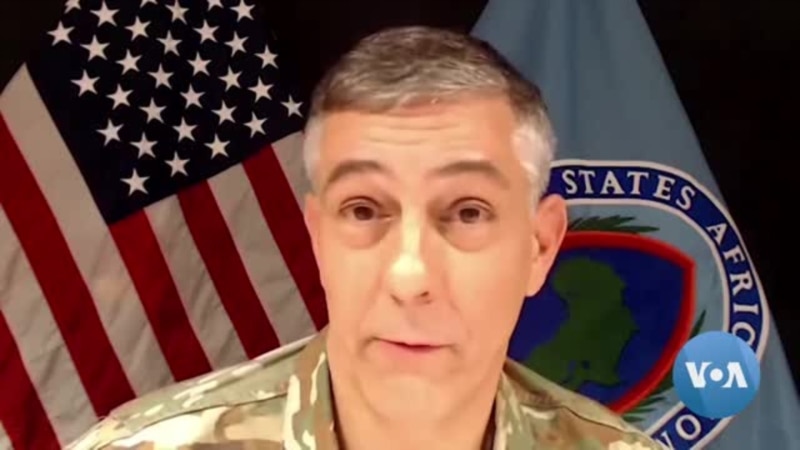 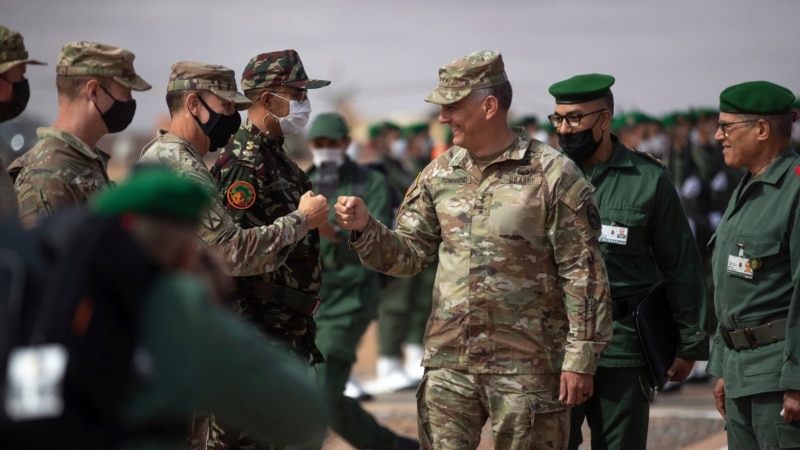 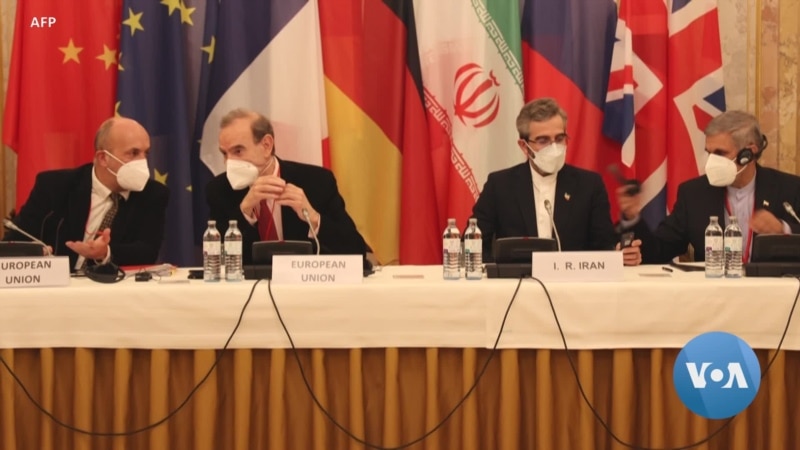