SHENZHEN, China, Dec. 3, 2021 /PRNewswire/ -- China Resources (Holdings) Company Limited (hereinafter referred to as "CRC") announced the expansion of its member network with the holding of the inauguration ceremony of China Resources Digital Holdings Company Limited (hereinafter referred to as "China Resources Digital") at China Resources Tower on November 26. The formation of the new entity shows that CRC is furthering its expansion into the technology as well as into other emerging sectors by speeding up the building of a smart group through the ongoing implementation of its digital technology strategy while helping foster a new development paradigm in the new digital era.

China Resources Digital will be mainly engaged in three key business segments: digital services for government agencies and companies, member operation and data services, as well as industrial internet and intelligent manufacturing, in addition to the international business in Hong Kong. By doing so, the firm aims to empower business progress with digital technology by enhancing its end-to-end digital service capabilities.

"The establishment of China Resources Digital is not only a key strategic move for CRC, but also an important step in promoting digital transformation across the group," said CRC chairman Wang Xiangming at the inauguration ceremony, while expressing his congratulations to the formation of the new member company. "In addition, in line with the Chinese government's important statements and guidelines on the digital economy, the founding of the new entity also marks CRC's entry into a new stage of growth." 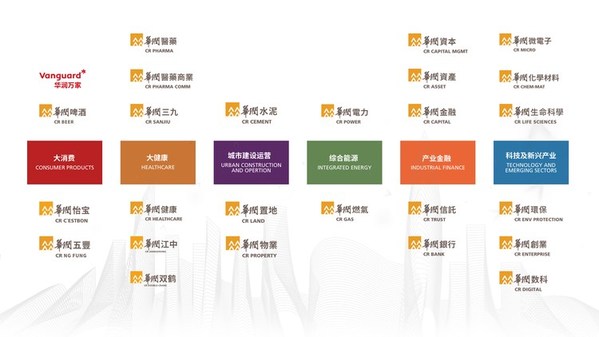 During the second quarter of the year, in a move to proactively respond to the new changes brought about by digital transformation, CRC expanded its main businesses from the original five to the existing six: Consumption, Integrated Energy, Urban Construction and Operation, Healthcare, Finance as well as Technology and Emerging Sectors by splitting Technology and Emerging Sectors off as a separate business. China Resources Digital remains dedicated to serving Hong Kong and international markets by building a footprint in the city based on the local business resources of its parent CRC, one of the few centrally administrated state-owned enterprises headquartered in Hong Kong with a deep commitment to the city. With a focus on cloud, management and integration services as well as network security and IT infrastructure, the firm is expected to help facilitate the growth of the city's digital and intelligent services sectors by serving as a leading linking mechanism to and incubator of the world's state-of-the-art digital technologies.