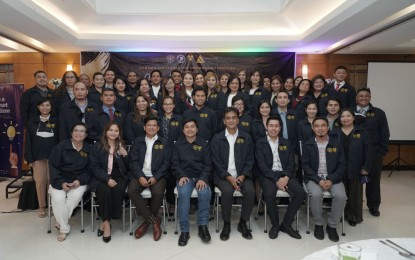 MANILA – The Development Academy of the Philippines (DAP) and the Presidential Communications Operations Office (PCOO), through the Freedom of Information-Project Management Office (FOI-PMO), highlighted the importance of upskilling FOI and information officers during the Certificate Course learners' graduation ceremony last week.

Lawyer Engelbert Caronan Jr., DAP president and chief executive officer, emphasized that the people’s right to access information is primarily dependent on the government's ability to produce and disclose information.

“The ability of the people to claim their right to information and use it to participate in the governance process largely depends on the capacity of government to produce information and put a place a mechanism that will ensure people’s efficient access to much-needed government information,” Caronan said in a news release on Friday.

Apart from the discussions on access to information, DAP and FOI-PMO collaborated with the National Privacy Commission (NPC), National Intelligence Coordinating Agency (NICA), and National Archives of the Philippines (NAP) to incorporate modules on data privacy, national security, and records management into the course.

PCOO Secretary Martin Andanar recognized the innovations being adopted by the government in order to be more transparent and accountable.

“The task of transforming governance in the country to be more democratic and accountable is at hand, given the expanding platforms that sprouted throughout the decades. We no longer limit ourselves to manual and in-person inquiry. We have gone digital as well,” Andanar stated.

To date, 558 government agencies have enrolled for the electronic FOI (eFOI) platform (www.foi.gov.ph) that proactively disclosed more than 114,000 requests.

Undersecretary Kristian Ablan, PCOO Undersecretary and FOI Program Director, is likewise committed to continuing the FOI legacy in the incoming administration, which was reinvigorated when outgoing President Rodrigo Duterte signed Executive Order (EO) No. 2 on July 23, 2016.

"The Certificate Course prepares the Executive Branch when Congress passes an FOI Law. We build a community of FOI officers ready to carry on the FOI legacy when people with expertise and competence on access to information, data privacy, national security, and records management installed in various government agencies and offices," Ablan stated.

University of the Philippines professor Michael Eric Castillo attended the ceremony on May 19 and highlighted the crucial role of information and FOI in holding elected leaders accountable.

“Freedom of information is the necessary first tool by which the people, the governed, can hold the leaders and the government accountable when it failed to deliver the purpose of the social contract,” Castillo said.

He further stated that “without FOI, people are helpless in demanding the best possible services from our leaders and the government”.

The DAP has been co-implementing the Certificate Course for FOI and Information Officers with the FOI-PMO since November last year.

The training is for equipping FOI and information officers to continue pushing for and practicing FOI as the new administration takes over on June 30 and work to establish an FOI law.

To date, DAP and FOI-PMO have sponsored the scholarships of 94 FOI and Information Officers from various national government agencies, government-owned and/or controlled corporations, state universities and colleges, and law enforcement agencies.

For the upcoming batches, local water districts and local government units across the country will participate.

Through EO No. 2, the Philippines is implementing the people's constitutional right to access government information which covers the agencies under the executive branch.

PCOO will continue to lobby for the passage of an all-encompassing FOI law in the next Congress. (PR)