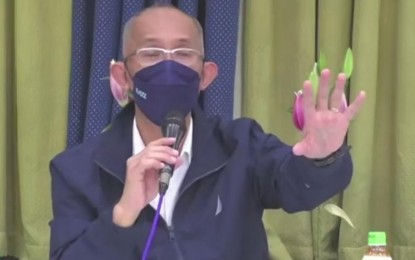 BAGUIO CITY – Despite the continued surge in coronavirus infections, the city government is relieved that most of these cases are either mild or asymptomatic.

Magalong added that they expect cases to peak further in the next two weeks.

“Critical itong next week, itong week na ito and next week sa pag peak natin (This week and this week are critical in the peaking of cases). Our average daily attack rate is at 80.1 percent while our weekly growth rate is at 6.9 percent,” the mayor said.

He added that the city’s projected increase in cases can also be attributed to its massive testing drive, with an average of 1,300 reverse transcription-polymerase chain reaction (RT-PCR) tests and 570 antigen tests conducted daily.

Magalong said testing is essential in the city's move to identify and isolate those found to have contracted the virus,

“Hindi tayo nagtitipid sa test, marami tayong magagamit (we are not saving on testings, we have a lot),” he added.

The city also continues to maintain a contact tracing ratio of 1:7 where they also assess the need for close contacts to be tested.

As most cases are either mild or asymptomatic, Magalong said this means there is no surge in demand for medical oxygen and medicines.

As of Monday, the city has recorded 535 new infections -- 181 of whom are asymptomatic; 349 have mild symptoms, four have moderate symptoms while only one is critical.

The city saw a single-day record of new cases on January 15 with 613 cases.