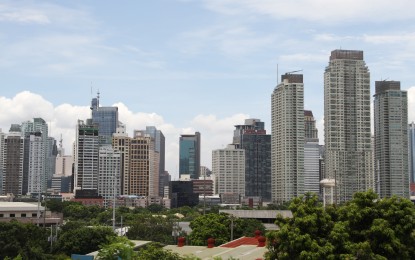 MANILA – Government officials and the business community have expressed their support for the incoming administration as the camp of President-elected Ferdinand “Bongbong” Marcos Jr. announced the names of its Cabinet members, especially the economic managers.

Department of Trade and Industry (DTI) Secretary Ramon Lopez and Presidential Adviser for Entrepreneurship Joey Concepcion said Thursday that choosing Management Association of the Philippines (MAP) president Alfredo Pascual as the next trade chief is “an excellent choice”.

Pascual is also a former president of the University of the Philippines.

“With his competence, integrity, energy, and a wide range of experience in different industries, I know he will steer DTI towards greater heights in the years ahead,” Lopez said. “I will be leaving DTI in the most capable hands of Secretary Pascual. (I) will definitely extend my full support to him for a smooth transition and beyond.”

On the other hand, Concepcion is confident that Pascual will continue the programs and policies of DTI under Lopez’s watch that will help and support micro, small and medium enterprises (MSMEs) as the country recovers from the pandemic.

"Considering his work in the past and his passion for MSME development, I firmly believe he will be a good DTI head," he said.

The next leadership has also announced that Bangko Sentral ng Pilipinas (BSP) Governor Benjamin Diokno will be its Finance Secretary and BSP Monetary Board Member Felipe Medalla as the next BSP chief.

Earlier, Philippine Competition Commission (PCC) chairman Arsenio Balisacan has confirmed that he will return as National Economic Development Authority (NEDA) Secretary under the next administration.

Philippine Chamber of Commerce and Industry (PCCI), the country’s largest business organization, lauded the appointment of economic managers who will have a crucial role in the next six years as they face fiscal woes amid the Covid-19 pandemic.

“They are all seasoned and competent economic leaders. We believe they would do good in managing our fiscal affairs. As you know, we are faced with critical issues such as the huge debt deficit, and the need for post-pandemic reforms and programs to sustain recovery, among others,” PCCI president George Barcelon said.