Smooth transition of pandemic policies to next admin seen 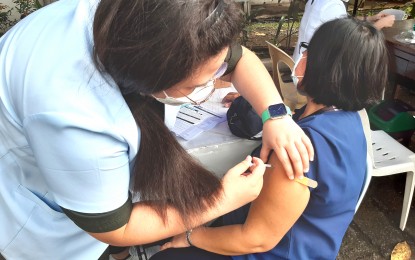 In a televised public briefing on Friday, Dr. Ted Herbosa said he is confident that the country’s whole-of-government approach to combat the pandemic will be sustained by the next set of governing officials, particularly the next secretaries of the Department of Health and the Department of the Interior and Local Government (DILG).

“I feel that this will be part of the discussions by the transition team -- from the current administration and the incoming administration,” he said.

Abalos left his post to serve as Marcos’ campaign manager and will also be part of the transition team.

Herbosa is optimistic that the policies in the Covid-19 response and vaccination program will be retained, if not further improved, by the next administration.

“Ito ang nagdala sa atin sa sitwasyon na mayroon tayo ngayon, Alert Level 1. Nakapag-hold tayo ng malawakang national elections (Vaccination has brought us to our situation today, we are in Alert Level 1. We were able to hold an extensive national elections) because our cases were only 100 plus daily. So, nakita natin iyong result ng massive vaccination drive nitong nakaraang taon (So we saw the results of our massive vaccination drive from last year),” he said.

Herbosa hopes that the Marcos administration will continue to vaccinate until the program reaches 90 million Filipinos, which he described as the among most important parts of the first 100 days of the next administration.

“Ang advice ko sa mga susunod na papalit sa amin ay ituloy pa rin itong (My advice to those who will replace us is to continue the) Covid vaccination,” he said. (PNA)