Senate Republicans rejected an effort Wednesday to begin debate on the big infrastructure deal that a bipartisan group of senators brokered with President Joe Biden. But supporters in both parties remained hopeful of a better chance soon.

Democratic Majority Leader Chuck Schumer of New York had scheduled the procedural vote that he described as a step to "get the ball rolling" as talks progress. But Republicans mounted a filibuster, saying the bipartisan group needed more time to wrap up the deal and review the details. They sought a delay until Monday.

"We have made significant progress and are close to a final agreement," the informal group of 22 senators, Republicans and Democrats, said in a joint statement after the vote.

They said they were working to "get this critical legislation right" and were optimistic they could finish up "in the coming days."

The nearly $1 trillion, five-year measure includes about $579 billion in new spending on roads, broadband and other public works projects — a first phase of Biden's infrastructure agenda, to be followed by a much broader $3.5 trillion second measure from Democrats next month.

The party-line vote was 51-49 against proceeding, far short of the 60 "yes" votes needed to get past the Republicans' block. The Democratic leader switched his vote to "no" at the end, a procedural step that would allow him to move to reconsider.

Six months after Biden took office, his signature "Build Back Better" campaign promise is at a key moment that will test the presidency and his hopes for a new era of bipartisan cooperation in Washington.

Biden, who headed to Ohio later Wednesday to promote his economic policies, is calling his infrastructure agenda a "blue-collar blueprint for building an American economy back." He has said Americans are overwhelmingly in support of his plan.

Senate Minority Leader Mitch McConnell, R-Ky., arrives to speak to reporters ahead of a test vote on a bipartisan infrastructure deal senators brokered with President Joe Biden, in Washington, July 21, 2021.

White House aides and the bipartisan group of senators have huddled privately every day since Sunday trying to wrap up the deal, which would be a first phase of an eventual $4 trillion-plus package of domestic outlays — not just for roads and bridges, but foundations of everyday life including child care, family tax breaks, education and an expansion of Medicare for seniors.

The next steps are uncertain, but the bipartisan group insists it is close to a deal and expects to finish soon. The senators were joined for a private lunch ahead of the vote by the two leaders of the House's Problem Solvers Caucus, a bipartisan group generally supportive of the effort.

Senators from the Republican side asked to delay the vote, and 11 Republicans signed on to a letter to Schumer saying they would support moving forward with a yes vote on Monday, if certain details about the package are ready.

Schumer said senators are in the fourth week of negotiations after reaching agreement on a broad framework for infrastructure spending with the White House. He said Wednesday's vote was not meant to be a deadline for having every detail worked out.

"My colleagues are well aware that we often agree to move forward with debates on issues before we have the text in hand," Schumer said. "We've done it twice this year already."

McConnell called the vote a "stunt" that would fail, but emphasized senators were "still negotiating in good faith across the aisle."

"Around here, we typically write the bills before we vote on them," he said.

A core group of Republicans are interested in pursuing a more modest package of traditional highway and public works projects, about $600 billion in new funds, and say they just need more time to negotiate with their Democratic colleagues and the White House.

Senator Todd Young was among the Republicans who signed the letter seeking the delay and said he was "cautiously optimistic" they can reach a bipartisan deal.

Senators from the bipartisan group emerged upbeat Tuesday from another late-night negotiating session with Biden aides at the Capitol, saying a deal was within reach and a failed vote Wednesday would not be the end of the road.

In fact, Republican Senator Bill Cassidy said the test vote Wednesday could be useful in helping to "advance and expedite" the process.

Sen. Jon Tester, D-Mont., talks to reporters as he walks to the Senate chamber ahead of a test vote on a bipartisan infrastructure deal, on Capitol Hill in Washington, July 21, 2021.

"We are so close," said Democratic Senator Jon Tester.

Biden has been in touch with Democrats and Republicans for several days, and his outreach will continue "until he has both pieces of legislation on his desk to sign them into law," White House press secretary Jen Psaki said Tuesday.

While Biden proposes paying for his proposals with a tax hike on corporations and wealthy Americans who earn more than $400,000 a year, the bipartisan group has been working almost around the clock to figure out a compromise way to pay for its package, having dashed ideas for boosting the gas tax drivers pay at the pump or strengthening the Internal Revenue Service to go after tax scofflaws.

Instead, senators in the bipartisan group are considering rolling back a Trump-era rule on pharmaceutical rebates that could bring in some $170 billion to be used for infrastructure. They are also still haggling over public transit funds.

Ten Republicans would have been needed in the evenly split Senate to join all 50 Democrats in reaching the 60-vote threshold required to advance the bill past a filibuster to formal consideration. Schumer can set another vote to proceed to the bill later.

Many Republicans are wary of moving ahead with the first, relatively slim package, fearing it will pave the way for the broader $3.5 trillion effort Democrats are preparing to pass on their own under special budget rules that require only 51 votes. Vice President Kamala Harris can break a tie.

Meanwhile, House Speaker Nancy Pelosi has been working to keep restless liberal Democrats in her chamber in line, as rank-and-file lawmakers grow impatient with the sluggish Senate pace.

Representative Peter DeFazio, chairman of the House Transportation and Infrastructure Committee, dismissed the Senate's bipartisan effort as inadequate. He wants more robust spending on the transportation elements and said, "We want an opportunity to actually negotiate."

Democrats hope to show progress on that bill before lawmakers leave Washington for their recess in August. 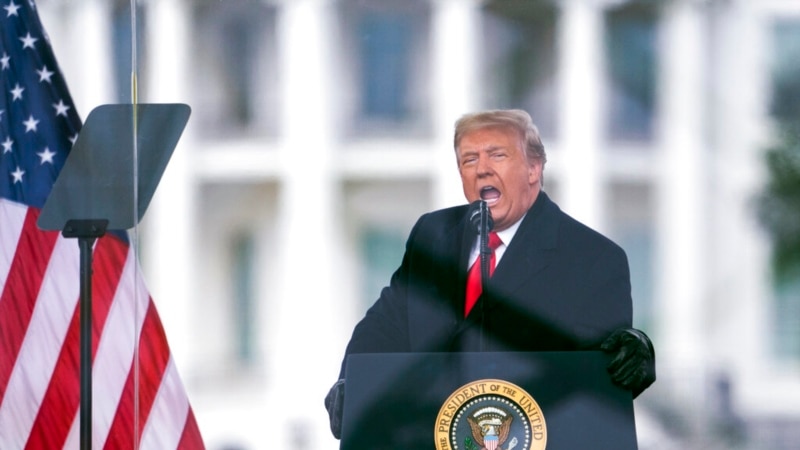 Out of Office, Trump Still the Center of Attention, Investigations 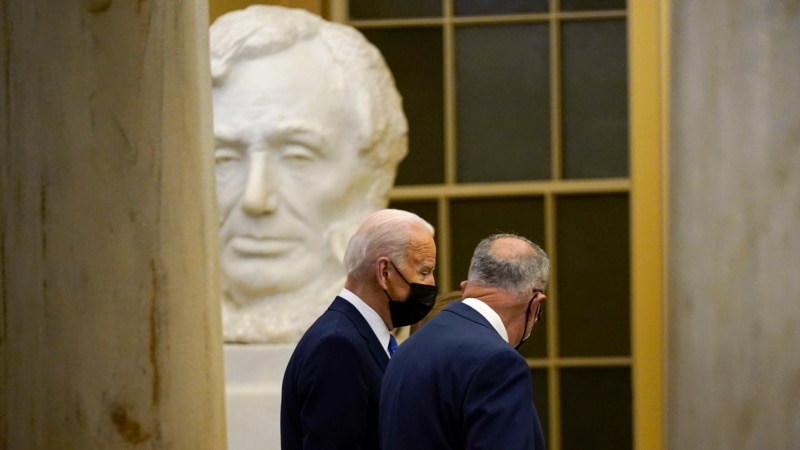